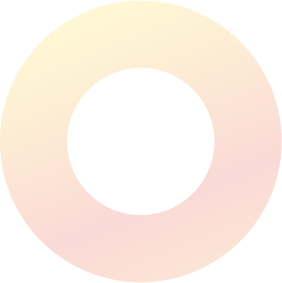 Throw less than 20 million RMB to acquire 68.97% of huihong Electronics shares, won the listed company's stock price immediately rose by the limit, the total share capital of only 100 million shares of Cheersson (002976.SZ) should have such a big ability!

On the same day, the company and Lixun RF in Suzhou High-tech Zone signed the "equity transfer agreement". After the completion of the transaction, Huihong Electronics has become a holding subsidiary of the company.

It is worth mentioning that for this transaction Li Xun Precision (002475.SZ) did not release the relevant announcement.

"This transaction is a transaction within the purview of our general manager." On the afternoon of February 19, Datjun called Risun Precision Securities department to get a reply. And for why will sell Wuxi Huihong, the staff said is not very clear.

Has Huihong Ever cooperated with Huawei?

Cheersson said that the acquisition will help the company to expand its existing products in mobile communications and consumer electronics, expand new customers and businesses, and accelerate the company's strategic layout in the industrial application of new ceramic materials.

What are those application areas? On the afternoon of February 19, Dataijun sent an interview letter to Cheersson To obtain relevant response. Cheerssons aid, "Huihong Electronics' products based on ceramic media materials include various RF components, which can be used in mobile phones, TW headphones and other products."

However, it is worth noting that the partial data of Huihong electronic official website is controversial. According to the company's official website, the company was founded in 2013, cooperated with Huawei in 2014, and developed nine types of media materials in 2015.

"Huihong Electronics was established on January 13, 2016," The company said in response.

Is there any cooperation with Huawei in the end, and is the establishment date 2013 or 2016?

For further investigation, Data Jun called Manager Tian, huihong electronic's contact person on the official website, but the manager was not willing to say more about the relevant issues and hung up the phone hastily.

This means that the cooperation with Huawei in 2014 that Huihong electronics introduced on its official website may not exist.

It is understood that Cheersson has not disclosed the 2020 performance forecast, but the data of the first three quarters of its financial results published in October last year found that The revenue and net profit of Cheersson have declined.

According to the announcement, Cheersson achieved a total operating revenue of 410 million RMB in the first three quarters of 2020, down 7.6% year on year; The net profit of RMB 44,821, down 26% year on year; Operating cost was 290 million RMB, down 4% year on year, lower than the 7.6% decline rate of operating revenue, gross margin decreased 2.7%. Expense ratio for the period was 16%, up 2.7% from the previous year, which was a drag on the company's performance. Operating cash flow plunged 54.2% to 38.23 million.

In the third quarter of last year, the company's net profit was 15.73 million RMB, down 9.69 percent year-on-year. This means that Cheersson spent more than a quarter of net profit to acquire Huihong Electronics.

In fact, It has been less than a year since Cheersson was listed on the Shenzhen Stock Exchange on March 6, 2020. At present, the share capital of the stock is only 100 million shares, the float of 250 million shares.

According to the semi-annual report of Cheersson, ceramic products such as ceramic dielectric filters, functional ceramic devices, appearance and structure ceramic parts for consumer electronics and corresponding mold products have been actively developed and tested.

Previous：Cheersson: the products directly supplied core components won the title of "World's Top ten Transmission"
Next：After nearly three years, it plans to acquire the remaining equity of Cheersson: it is expected to open up the development space of the subsidiary